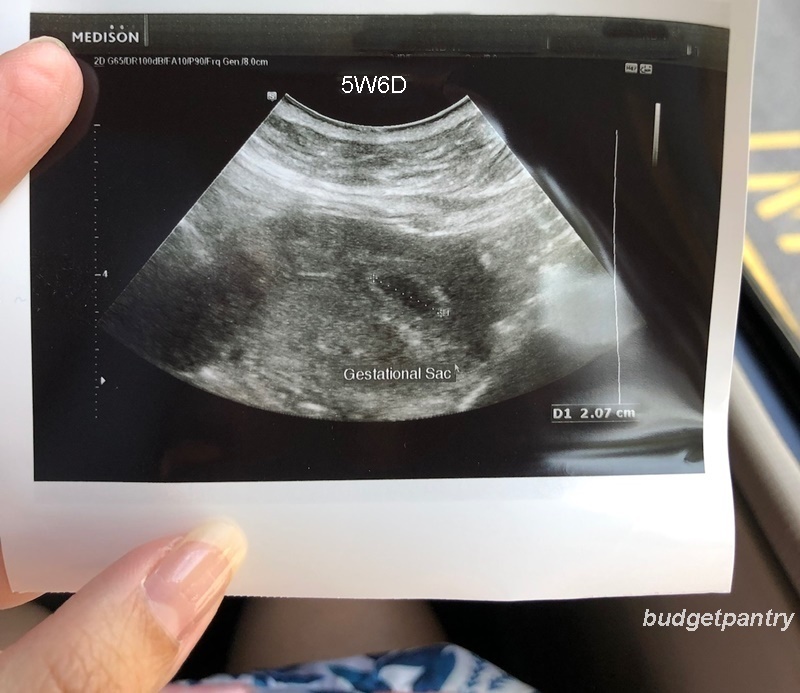 For the longest time, I was quite sure Cbb would be our only child. Jason has always wanted a second kid, but I wasn’t brave enough to go through another pregnancy. I don’t mind taking care of a newborn and starting all over again, but I really hated being pregnant. The decision to have Cmm/Cdd (chuameimei or chuadidi. HAHA) wasn’t because we wanted a playmate for Cbb, but more because we didn’t want Cbb to be all alone having to make decisions with no sibling support when we both became old. So we started trying in December 2018.

In early January, I started experiencing symptoms such as extreme fatigue and general uncomfiness. I knew something wasn’t right and thought I could be pregnant. I was waiting to take a pregnancy test on the day of my missed period and was quite excited, but five days before my period was due, I started bleeding very heavily with terrible cramps. Deep down I knew that this was not my regular period and I must be going through a chemical pregnancy. I was certain if I took a home pregnancy test, the results would have shown up as positive then due to the HCG levels.

My period was ON THE DOT every month, pain-free and lasts for a maximum of five days. This ‘period’ was five days early (around the day of implantation, if it had been successful), I was experiencing terrible cramps like never before, and the bleeding lasted almost ten days. My gynae later told me ‘then it was just your period lor, don’t go and take a pregnancy test and don’t google about chemical pregnancy to save yourself all the worry or trouble.’

So we decided to try again in January. I’m lucky that my ovulation has always been on point and I always knew exactly when I ovulated. The Clearblue Digital ovulation kit made it even easier for us. If you’re trying to conceive, use Clearblue – don’t waste time, effort and money on other cheaper brands! Women trying to conceive would know that the ‘two-week wait’ is the worst. This is the window from ovulation (and doing the deed) to the day of your missed period. Two days before my missed period, I took the early predictor test and got my big fat positive (BFP): Having experienced a miscarriage before Cbb, I knew this was only the first step. The BFP doesn’t mean anything concrete until you can at least see the fetal pole, heartbeat and yolk sac in the first ultrasound, usually around 6 weeks. I took another digital test a week later and was relieved to see 3+ which meant my HCG levels were rising right on track. I saw my gynae for the first time when I was 5 weeks 6 days and this was what I saw on the ultrasound scan: An large, empty gestational sac – but no baby. My heart sank. Jason was not with me during this first visit as he was called back at work. How could it be empty? I felt great – strong and well, and my pregnancy symptoms were honestly over the roof. Fatique, nausea, bloatedness, frequent urination, food aversions – you name it. I felt really pregnant. My gynae prescribed me with Duphaston day and night and told me to see him in two weeks where there could be three possibilities:

His parting words to me were, ‘Congratulations! And do NOT google.’ Of course, I didn’t listen.

My gynae only did an abdominal scan which I thought was unusual. At 5 weeks+, usually a transvaginal scan would be able to tell us more. Maybe he didn’t want to alarm me for nothing – like what if a fetal pole can’t be detected even with a transvaginal scan? I also didn’t want to ‘find out the truth’ then, so I decided not to probe for an internal scan. But damn Google! Are you like me? When googling for stuff like this, you only read the bad stuff, and ignore all the happy endings!

Click here to read about my experience with an empty womb during my first pregnancy.