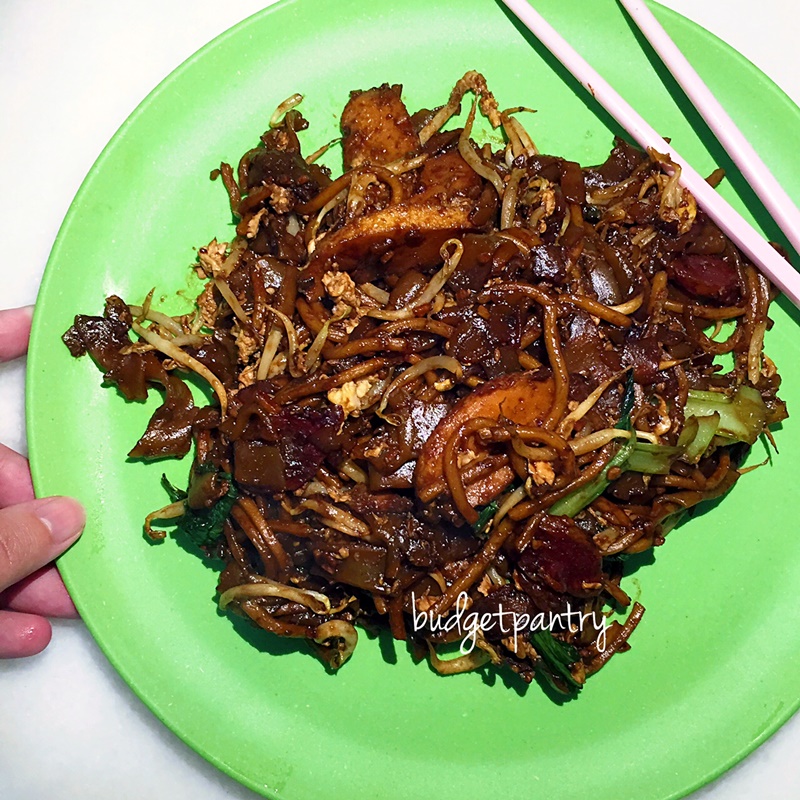 Char Kway Teow.. the dish that I used to eat a maximum of once a year, if not once every two years. I remember when I first met Jason, I had quite a culture shock knowing that he had CKT once every two weeks or once a month. Same for Laksa. It has never occurred to me that anyone can eat these so frequently, until the girls and I were discussing this one night at Ru’s place, and then I realised I am the “weird” one. They all felt it is ok to eat Char Kway Teow once every two weeks.


The conclusion that night was: most people have never been morbidly obese (I was 95kg at my peak when I was just 16!), never had to make drastic changes to their diet, and so aren’t that mindful about what goes into their bodies.

That said, Char Kway Teow is a glorious dish. Whenever I do eat Char Kway Teow outside, I make sure I eat it with lots of crispy pork lard. What’s the point right, without lard? When cooking this at home this afternoon, I left out the lard because I didn’t want my family to eat all these unhealthy stuff. Char Kway Teow can still be delicious and “less unhealthy” with less oil and a smaller portion.

This is a picture of the dark soy sauce that I used, available from NTUC. You can also use Hainanese Chicken Rice Dark Soy Sauce. I made this version without chilli cos the aunt’s stomach is very sensitive to spiciness. You can add some sambal to your liking plus fresh cockles if that’s your thing (clean them thoroughly, soak in some water, drain and add in together with the spring onions). Cook your Char Kway Teow at home.. control how much oil you add, include more greens and it can still be a not-so-sinful meal!

A point to note- this recipe is for 2 servings. If you want to cook for more people, don’t double the ingredients and fry everything together but instead fry in batches of two plates each. Don’t distribute the love, it’s just not the same ;) Concentrate on one batch at a time!

Mix together the following seasonings:
1 tablespoon dark soy sauce (use thicker dark sauce, not the runny type. I got a pic of what I used above.)
2 tablespoon light soy sauce
1 tablespoon fish sauce
1 flat tablespoon sugar
A dash of pepper

Prepare the chinese sausage. Soak whole sausage in hot water for 10 minutes, then snip off the tip to “open” up the casing. Remove casing and slice diagonally (thinly).

In a colander, pour boiling water over kway teow and noodles, then run under tap water to loosen. Drain and set aside.

Work quickly to coat all the kway teow noodles and ingredients with the seasonings. Cook for 30 seconds and add bean sprouts.

Clear some space in your wok and crack the eggs. Using your frying ladle, break the yolks and scoop noodles over the eggs.

After about 10 seconds, combine the egg with the rest of the noodles and all other ingredients in the wok. Give it a final stir and eat immediately.

*at any point if the wok is too hot or dry, add some sprinkling of water around the perimeter.